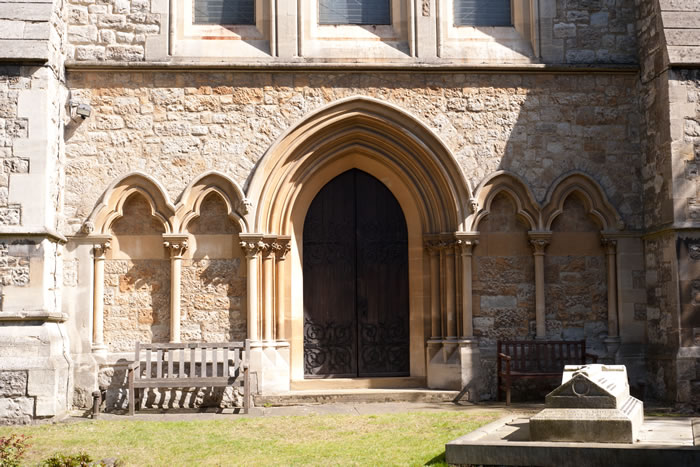 Scott was a leading architect of the Gothic revival, he was born in Buckinghamshire, and showing an early talent for drawing details of Gothic churches. He worked for the architect Henry Roberts and the builders Peto and Grissell before setting up his own practice. He was responsible for the Albert Memorial (1862-3), St Pancras Station (1865), the Home Office and Colonial Office (1858 onwards), and the India Office (originally planned as Gothic by Scott, but then changed to Italian Renaissance style after a change of Government) on Whitehall. In Oxford, he designed the Martyrs’ Memorial (1841), St John’s College Chapel and Exeter College Chapel. He designed the General Infirmary in Leeds.

Men like A.W. Pugin and writer John Ruskin (The Seven Lamps of Architecture, 1849) believed that the Middle Ages was a watershed in human achievement and that Gothic architecture represented a perfect marriage of spiritual and artistic values. Ruskin was an admirer of the Pre-Raphaelites and advocated a return to the values of craftsmanship, artistic, and spiritual beauty in architecture and the arts of the pre Renaissance period. Ruskin believed that only those materials which had been available for use in the Middle Ages should be employed in Gothic Revival buildings.

Even more focussed than Ruskin were followers of the “ecclesiological movement”, of which George Gilbert Scott was part. Followers of the ecclesiological movement believed that only the Gothic style was suitablefor church architecture and not just any Gothic style but only the ‘Middle Pointed’ or Decorated style prevalent in the late 13th to mid 14th century. The bible of the movement was the monthly publication, The Ecclesiologist, which was published from 1841-1868. The publication was a style-guide to Gothic architecture and design. Christ Church which was consecrated in 1862 was thus built at the height of Scott’s career and at a point at which the ecclesiological style was well established.

However, original medieval building was time-consuming and labour-intensive and required a large pool of labourers skilled in the necessary techniques; techniques which were handed down through the generations that it might take to finish a large architectural project. As Ruskin pointed out ‘The greatest distinctive character of Gothic is in the workman’s heart and minds’ (Ruskin, 1852). Victorian Gothic builders lacked that pool of skilled labourers to draw upon, so they were forced to use more modern methods. Ruskin was offered the RIBA medal when Sir George Gilbert Scott was president, but he declined because of RIBAs policy on the conservation of historical buildings. 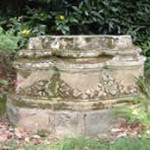 Scott designed most of his buildings in a Gothic manner. Unlike Ruskin, he felt that Gothic design suited most modern building types and materials. Ironically Scott’s building methods are now causing problems in Christ Church. Even the initial building of Christ Church did not seem to be entirely straighforward. In Minchenden Garden, the rejected base pillars of Christ Church can be found, encrusted with moss! 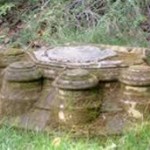 In Southgate, Scott produced an impressive Gothic Revival building complete with tower and spire that can be seen from far around. The pointed arches are typical of the style as is the tower topped by a spire. Scott won a Royal Gold Medal in 1859 and was knighted in 1872. He died in London, England in 1878.