The Green in the 1920ies
Somethings change and others don’t!

‘The Post Office dug up Mayfield Avenue to lay telephone cables only a month after the road had been tarmacked.’ (1924)

‘Due to volume of work, the Town Clerk was authorised to buy another typewriter.’ (1926)

‘The owner of Grove House (Chandos Court) twice had his application for a petrol station refused.’ (1929)

‘Enfield Council suggested a bill to limit hoardings and billposting which were having a ‘damaging effect on rateable values.’ (1924)

‘Selborne Road car owners complained about the uneven surface of the road, even though they contributed “to no small extent to the upkeep of the Highways”.’ (1926) 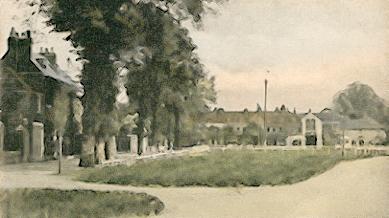