The old post with finger signs, across from the shops, has been identified by English Heritage as an important, historic architectural feature of the area and one in need of preservation. The base is stamped with the maker’s name ‘Royal Label Factory, Stratford on Avon’. The Royal Label Factory was in existence from 1874 and continued right through until 1999. They made all sorts of cast road signs and many of the patterns are still available.

We don’t know when the sign was put on the Green- it could have been as early as the 1920s. There are only four similar signs in the Borough and the Association offered to restore the sign in conjunction with Enfield council and in accordance with advice from English Heritage. 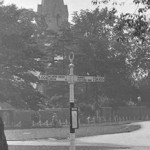 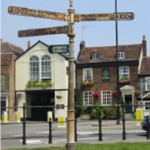 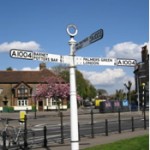 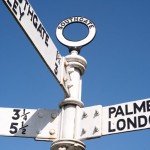 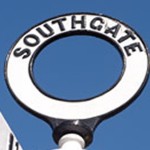 The finger sign on the Green has now been restored to its former glory.