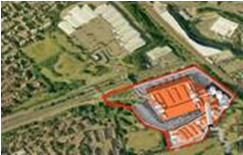 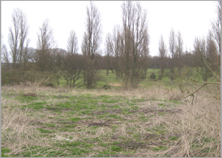 Background update
North London Waste Authority (NLWA) and Barnet Council submitted an outline planning application to Haringey Council at the end of May 2011. The application was for a 300,000 tonne Mechanical Biological Treatment (MBT) Waste facility for the NLWA and a vehicle depot for Barnet’s refuse and transport vehicles. Legal challenges were put to Haringey about the status of the application and eventually Haringey conceded that the application could not be validated. Barnet, NLWA and Haringey eventually agreed the application would be put on hold until after the North London Waste Plan Examination in Public has taken place (currently due summer 2012).
We know now that Private Finance Initiative (PFI) funding for the Pinkham Way Waste Plant was withdrawn from NLWA in October 2010 on the grounds that “on reasonable assumptions, these projects will no longer be needed in order to meet the 2020 landfill diversion targets set by the European Union….” So the question now arises as to where NLWA/developers will get funding, especially in this economic climate. http://www.defra.gov.uk/news/2010/10/20/changes-to-pfi-programme/.
We also recently became aware that that NLWA has completed the purchase of part of the Pinkham Way site, without the benefit of planning permission. What will they do with it if they don’t get permission for a waste plant, or indeed if they find it is not suitable for any type of development (see more below)? Was this a sensible use of just over £12 million of public money?
NLWA Procurement Process – delays and withdrawals
The NLWA Procurement process has not been smooth. There have been delays, and bidders have been withdrawing. There are now only two companies left to battle it out for a major £1 billion ‘fuel use’ contract, after US incineration company Covanta decided to ‘suspend’ its bid in February this year. The company was one of three bidders to be shortlisted in April 2011 for a 30-year ‘fuel use’ deal to burn 250,000-300,000 tonnes-a-year of solid recovered fuel (SRF) produced from residual waste, alongside Veolia and a consortium involving energy giant E.ON and Wheelabrator who are now the only two left in the process.
Alongside the fuel use deal, NLWA is also procuring a long-term ‘waste services’ contract. This is for the provision of recycling, composting, residual waste treatment, SRF production, transport and Household Waste & Recycling Centre services. Following the withdrawal of SITA UK Ltd in 2011, just two companies are also left in the running for this contract, which is worth approximately £3 billion. These are: Veolia and a consortium involving FCC and Skanska. http://www.nlwa.gov.uk/procurement/fuel-use
The two contracts will need to be aligned, and a number of issues flow from that, for example, what happens if one or other contractor does not perform as expected, who picks up the shortfall? Are the 7 North London boroughs fully aware of what that means over the life of the contract? What impact will it have on our council tax bills if it doesn’t work out?
The North London Waste Plan
Consultation on the North London Waste Plan (NLWP) closed in July 2011. Amongst other issues with the plan, major deficiencies were found in the technical report supporting the selection of Pinkham Way. We believe that had the scoring been done correctly, Pinkham Way would never have been included as a potential site. The NLWP was due to be submitted by Sept 2011. It was finally submitted on 28 February 2012. There will be an Examination in Public (EiP) by an Independent Planning Inspector to determine whether the plan is sound. The Examination in Public is likely to take place in June or July 2012. More information on this is available on the NLWP website http://www.nlwp.net/examination/examination.html
Barnet Council seems set to win on all fronts if the Pinkham Way selection is confirmed. They will free up their Mill Hill site (currently being used for their transport depot), for a new housing development opposite the Tube station. This not only gets rid of their noisy nuisance into Haringey but also releases prime housing land which will produce a nice financial boost to Barnet. Plus they’ve already been paid £12 million for only part of the site at Pinkham Way which they have never been able to use, which has access difficulties, and which doesn’t have planning permission for anything let alone a waste plant.
Report from Re-Examination in Public of Haringey’s Core Strategy February 2012
Haringey’s Core Strategy was also challenged last Wednesday (22nd) at a second Examination in Public into Haringey’s plan. In particular, their proposal to change the designation of Pinkham Way from Employment land to Locally Significant Industrial Site (LSIS).
The change of use appears to have been stimulated by pressure from NLWA, who not only sent Haringey a long letter in June 2010 requesting a number of changes to their CS, but also held meetings with them. The contents of the June letter indicates a clear intention to get the necessary changes to Haringey’s policy to ease the planning application through the planning process and to ease the NLWP through the EiP. The London Plan has identified SIL (Strategic Industrial Locations) and LSIS (Local Strategic Industrial Sites) as being suitable for waste facilities. Employment Land would not be a natural candidate although it possibly could be if the right case was made out, but it would be harder to prove. It would make it much easier if Pinkham Way was designated LSIS so that it was clearly in the category of sites identified in the London Plan as being suitable for waste facilities.
Under some tough questioning, by Paul Singleton (a Planning Consultant retained by the Pinkham Way Alliance), and by Evelyn Ryan (SGA committee member), and by the inquiry Inspector, Haringey conceded a number of important points:

Evelyn Ryan submitted written evidence, with supporting photographs and plans (some obtained under the Freedom of Information Act), showing that Pinkham Way should not be categorized as brownfield or previously developed land because it falls within the exceptions to the definition of brownfield/previously developed land set out in the London Plan. This specifically excludes “land that was previously developed but where the remains of the permanent structure or fixed surface structure have blended into the landscape in the process of time (to extent that it can reasonably be considered as part of the natural surroundings)”. She argued that the Pinkham Way site falls squarely within the exception and is now in fact greenfield land. The Council’s response was not convincing, and they did not challenge the evidence submitted.
The Inspector asked the Council what the implications would be for the NLWP if Pinkham Way was not brownfield land and the Council said “we would have to take advice from the North London Waste Plan manager. There would be some implication but we would have to discuss it” In other words, there would be an impact, because the London Plan directs waste authorities to allocate sites for waste in a particular order, first allocating industrial sites and then locally significant industrial sites, brownfield sites etc. Sites which are greenfield and SINCs would be the last to be considered suitable for waste development and then only in very exceptional circumstances.
The council chamber and public gallery were packed for most of the day until the debate on Pinkham Way finished at about 5.30pm. The Inspector was quite impressed with the turnout because he commented on it more than once. A big thank you to those who attended. It was a remarkable day. The outcome of the hearing will be known when the Inspector publishes his report at the end of April/early May 2012.
It was mentioned during the EiP hearing that Coppets Wood (opposite Pinkham Way but in Barnet) has the same history as Pinkham Way (former sewage works – same period) and is now a nature reserve managed by the local community. It was also mentioned that a Village Green application had been lodged with Haringey Council by one of the residents who lives adjacent to the Pinkham Way site. We await the outcome of that application.
North Circular Action Area Plan – Enfield Council
Some discussion took place about the North Circular Action Area Plan currently being developed by Enfield Council (some of it is already implemented). The millions of pounds of public money spent on upgrading the NCR would be wasted if Pinkham Way were redeveloped as a Waste Site because the improvements would be overwhelmed by the additional congestion caused by more than 1,000 trips per day by waste trucks using the proposed waste plant and depot. A good response to Enfield’s consultation on this action plan would be useful and we would urge everyone to have a look at the Enfield website to see what is being proposed for the area around the NCR. Enfield is one of the 7 North London boroughs who comprise the NLWA and therefore are in a position of possible conflict about whether to support or oppose the NLWA plans for Pinkham Way. This might be a useful focus to raise with your local Enfield Councillors.
Future co-ordination of our efforts
At a recent briefing meeting with the SGA committee members, David Burrowes MP agreed to hold another public meeting once the Localism Act is on the statute book. There was agreement about the importance of involving heads of local schools. It is possible that under the Act the community may be able to put together a bid for the land. However, there would be the difficulty of determining its value in the absence of planning consent. However, eco-system analysis, developed primarily as a Treasury evaluation tool, might facilitate valuation of the site.
Details of the Examination in Public of the NLWP will be notified when we know more.
© Southgate Green Association